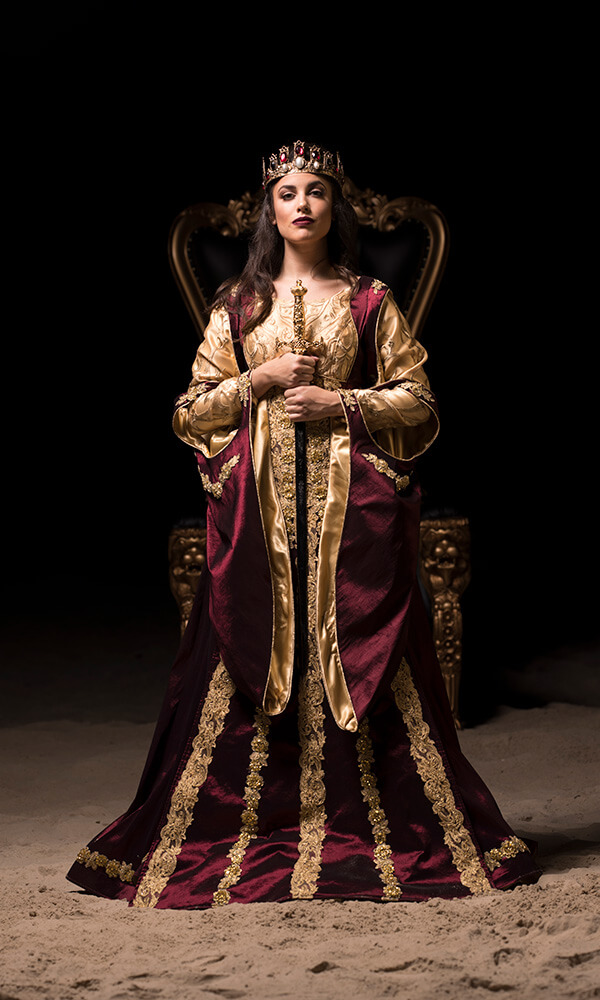 If you’re looking for a hearty meal accompanied by knights on thundering stallions, head over to your nearest 11th-century Spanish castle in Schaumburg, Illinois.

Welcome to Medieval Times Dinner & Tournament, a wildly popular entertainment destination that offers an experience like no other—part immersive dinner theater, part medieval sports championship and, as of 2018, part “woman power.” For the first time since the Schaumburg Castle opened in 1991, a woman sits on the throne: the beautiful Queen Doña Maria Isabella.

Casting a queen answered numerous audience requests for more significant roles for women in the show. Chicago actress Allyssa O’Donnell is one of four actresses who play the feisty Queen on different days. The role, said Ms. O’Donnell, who was Princess Catalina in the previous show, sends a message of empowerment. 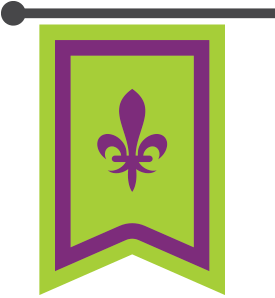 Castle gates open 90 minutes before the show. After getting your seating ticket and your paper crown (more about that later), feel free to wander the Great Hall. Check out the medieval weapons exhibit, war horses in their stables behind a glass wall, a gift shop that’s a kid magnet, full-service bar for the adults and “dress-up” photo ops with the Queen and her handsome Lord Chamberlain.

About that paper crown: Its color denotes which one of the six knights you’ll be stomping your feet and whooping for during the tournament. Be a sport and put it on, or you might get some gentle ribbing from the performers.

The tournament itself takes place inside a huge arena. Tiered stands, allowing attendees to seat over 1,400 guests, surround a performance area about the size of an NHL hockey rink.

The all-new, two-hour production is an action film that has come to life, with intricate lighting effects and a surging symphonic score precisely synchronized with every choreographed moment. 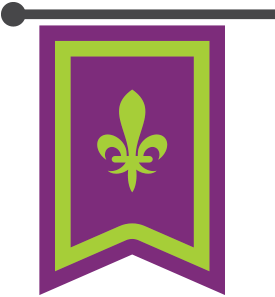 The best knight ever

The show begins with swirling smoke and regal music. Making her entrance astride a white Andalusian stallion—first bred 1,000 years ago to carry Spanish knights into battle—Queen Isabella triumphantly greets the cheering crowd, and then takes her throne to preside over a tournament that will determine the best knight in the realm. There’ll be trouble along the way; one unenlightened knight isn’t too happy about working for a woman.

There are stunts on horseback, an amazing dressage performance and a royal falconer, whose bird of prey may zoom right over your head. Then, the actual jousting and fighting begins. Will your knight reign triumphant?

Sparks fly from clashing broadswords. Twelve-foot lances shatter. All of the breathtaking combat sequences are fought with real weapons and armor, handcrafted at an armory in Florida.

Horses play significant roles in the show. Twenty-five are stabled on the premises, with 17 rotated in for every performance. Raised from foals, each is intensively trained for at least three years before making its debut. The horse may perform for up to 12 years before retiring to a life of leisure on a horse farm.

Of course, Medieval Times is not only about queens, knights and trusty steeds. It’s also about hearty eating.

Served up by lively “wenches” and “serfs” as you watch the show, the feast features Castle Bread (garlic bread), Dragon Blood (a nicely seasoned tomato bisque), half a juicy roasted chicken, buttered corn, herb-basted potatoes, lemon pound cake and “endless” beverages. Vegetarian meals are also available. Alcoholic beverages are optional. And don’t look for silverware—everyone eats with their hands and slurps from pewter bowls, just as they did in days of yore.

Medieval Times is a signature Chicago Northwest experience not to be missed and numbers among the great things to do in Chicago’s suburbs. Make your reservations, and get ready for a knight to remember.